The Giro D’Italia bicycle race is going through Bologna today. I’ve been tempted to try to go see some of it, but it’s later this afternoon and sure to be crowded. A lot of effort for seconds of actual racers. I know, because I saw the race years ago when it started in the Netherlands and they passed through Utrecht. In fact, they passed along the road at the end of my street. I could simply watch on TV, and as they got closer (as did the helicopters), we could just run down the street and catch a glimpse. They go so fast, it feels like you blink and miss it all.

Still, if you want to see some of my photos from nine years ago in the Netherlands, you can check out the post I did on my old Flamingo in Utrecht blog.

For the fun of it, I captured the “cycling fever” here in Bologna today. I’m kidding! But look! Cyclists! (Helpfully circled) 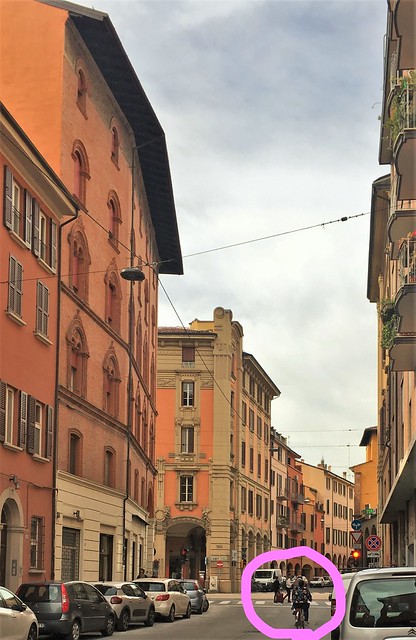 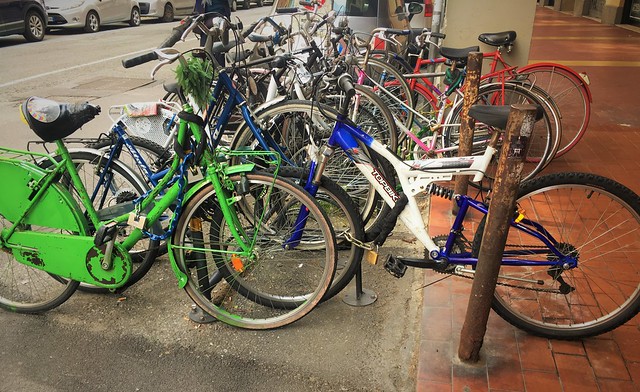 And here’s a picture from back in the day in Utrecht. I’d forgotten just how much pink there was everywhere and all of the souvenir stands. 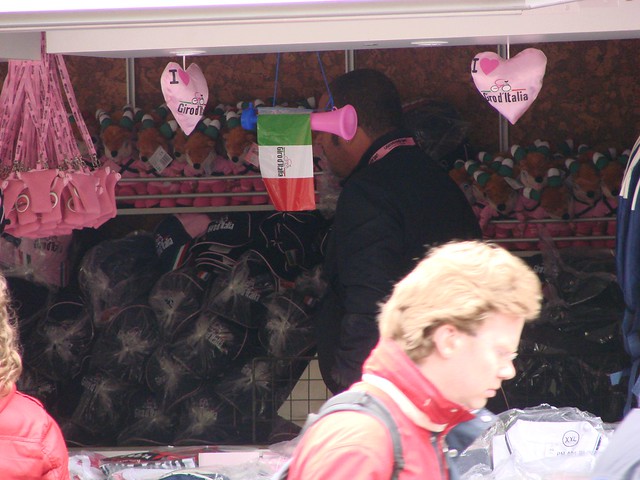 3 thoughts on “Remembering the Giro D’Italia”