It all started with a pink Vespa that reminded me of a book I’m currently reading (Magpie Murders), in which a character has a pink motorscooter.  The Vespa was cute, so I couldn’t resist a quick snap. 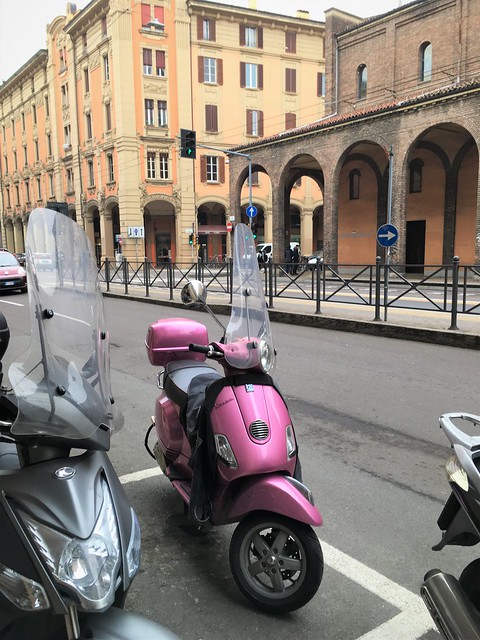 As we moved on, I suppose my mind was still on bicycles and motorbikes, as I began to notice the mix. You certainly do see a lot of cycling here in Bologna and the MoBike bike sharing scheme seems to be working well. Still, it’s not the Netherlands. There it’s a challenge to take a photograph without a bicycle in it. Sometimes I’d specifically wait to take a photo until I had a cyclist in shot for a bit of action and interest. I never had to wait more than a few seconds.

So, despite a fairly active bicycling culture here in Bologna, it’s still one of the bigger changes from what I lived with for nine years in the Netherlands. So I tend to notice certain things. Such as a bike rack that is completely empty. Unheard of in the Netherlands! Especially next to so many university buildings! 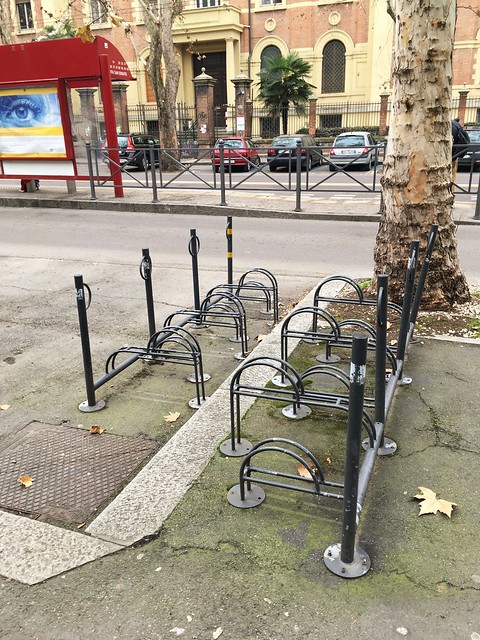 But then I noticed that while the bicycle rack was empty, there was still a bicycle parked nearby. As in, in view of the bike rack. Chained and clamped to a post. That part, at least, looked very Dutch. Park wherever you can find a spot and inevitably the locks will be worth more than the bike. 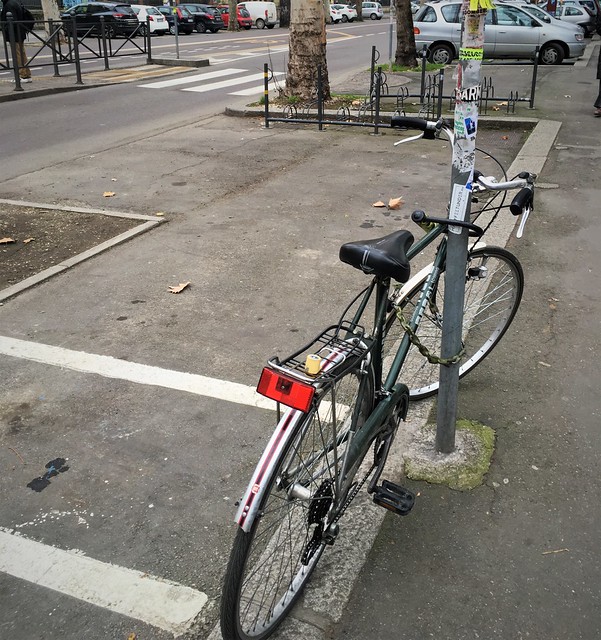 A few steps down, after a few more parked motorbikes, we came across another bike rack, this time with bikes actually using it. Well, parts of bikes anyway. The more things change, the more they stay the same. 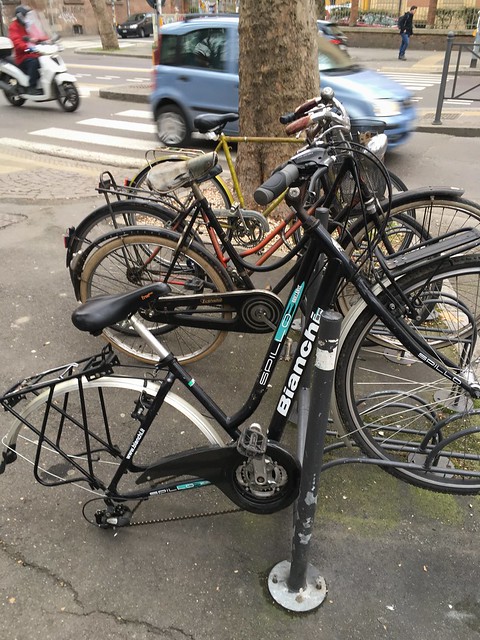