Today was pet store day. Charlie’s favorite day! He’s always trying to get me to go in that direction and when we actually did this morning, he started pulling and practically running to get there. Having to wait for the light to change to cross the street had him almost whimpering in frustration! Poor puppy! Then, as the light changed, an actual puppy came up and they started playing as we all tried to cross the street. So far, Charlie’s day was pretty awesome. 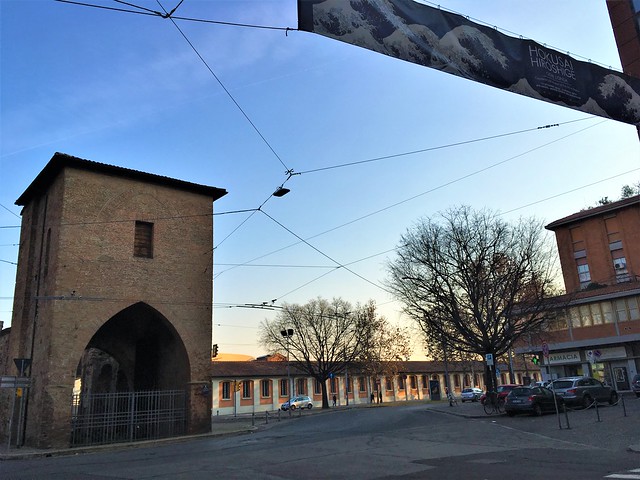 I don’t mind going to the pet store, because it means we pass by the Porta Mascarella. I would try to give you my own description, but honestly, it’s been a long day and Wikipedia sums it up pretty well:

Porta Mascarella was a gate or portal of the former outer medieval walls of the city of Bologna, Italy. It stands just before the Ponte Stalingrado (Stalingrad bridge). First erected in the 1300, and rebuilt in the 17th century. The gate once had a drawbridge, but it was ultimately sealed in the 15th century. The now isolated tower once was a machiocolated rampart in the city walls.

I will point out that the Ponte Stalingrado has some awesome street art that anyone should check out if they’re into that kind of thing. As for the old city gate, while it might not look like much now, when you think about all the series of gates that still remain around the city, as well as some of the remains of the old city walls that joined them, it’s pretty impressive. It’s fun to try to imagine what it would have looked like, since there’s enough to give you an idea.

In fact, we saw some of the remains of the city wall after our visit to the pet store. You can follow them over to Porta San Donato, which we do occasionally, but not today, as I was carrying his massive bag of food, multiple chew bones, and some food and treats for Lola. An expensive and heavy trip! 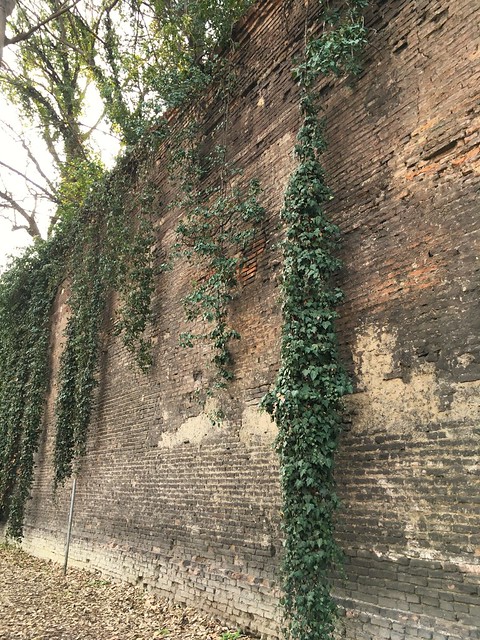 Instead, we went back the way we came and saw some beautiful morning light on the buildings and church off to the side of the porta. 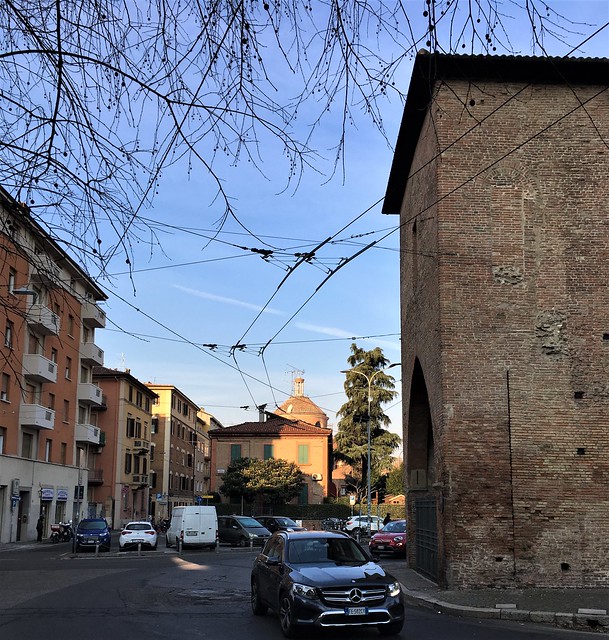 The trips to the pet store are always energetic, but it’s all worth it to see Charlie’s enthusiasm at the store. He has a couple of the employees hooked and he ended up getting lots and lots of coccole (cuddles) from one of the guys working there. Another gave him a tasty treat. He knows he usually gets treats, so he’s always standing up at the counter. To be honest, he tends to do that anywhere and everywhere. Don’t forget the photo of him looking out over the steps on 1 gennaio! He’s a curious boy! 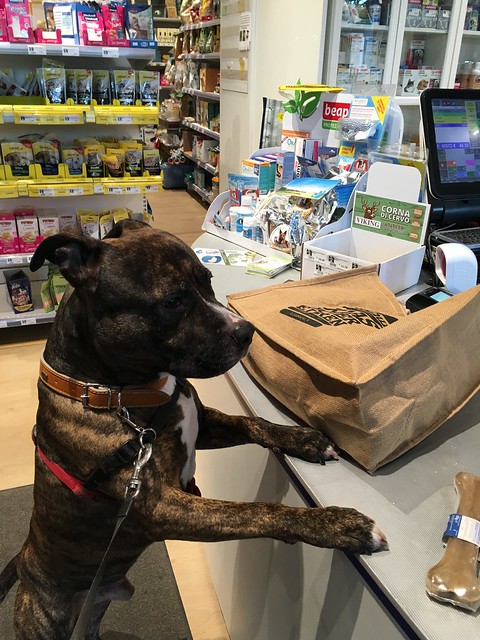 The rest of the day has been groceries, laundry, cleaning, cooking, working, putting away holiday decorations, and now a desperate desire for a nap, particularly after an interrupted night of sleep. When the chores and daily grind get to me, I do try to remember and enjoy the bits of history that I see regularly while going about my normal life. It does make things that little bit nicer.