You may think that stockings and being naughty or nice were over with on December 25, but not if you’re in Italy. Today they celebrate the epiphany with the Befana (a witch-like figure) who leaves stockings for the kids with coal if they’ve been naughty (black-colored sugary liquorice things which sound pretty awful, to be honest) or chocolates, oranges, and little toys/games. We did stockings at Christmas this year, so we’re skipping Befana (I honestly couldn’t be bothered and I don’t know where my Befana is that I bought up in the mountains the first time I was in Italy with G for the holiday.).

However, that doesn’t mean there aren’t ready-filled stockings available in the shops and one of the local cafés has had a nice Befana window display for the past few days. 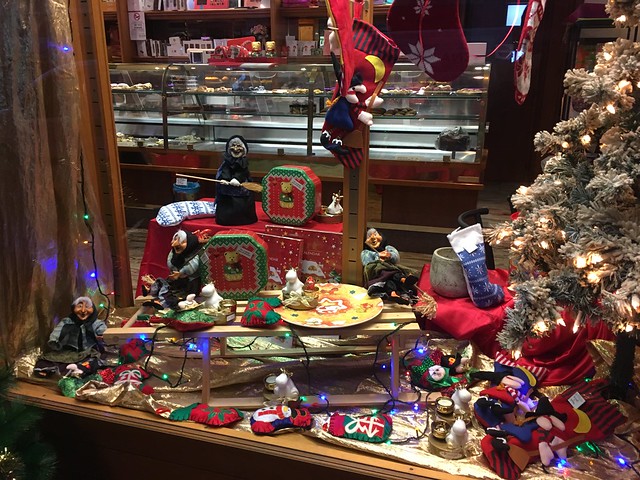 I had hoped to go into that café this morning to pick up some pastries to take home, but as they’re one of the few places that doesn’t allow dogs and another dog was already tied up out front (and there was a pre-teen boy hanging out outside who asked if Charlie was male and then laughed when I said yes (WTF?)), I decided today was not the day to go. Charlie is such a good boy that I can tie him up and tell him to stay and he won’t move until I come back. I probably wouldn’t have to tie him up, either, to be honest. 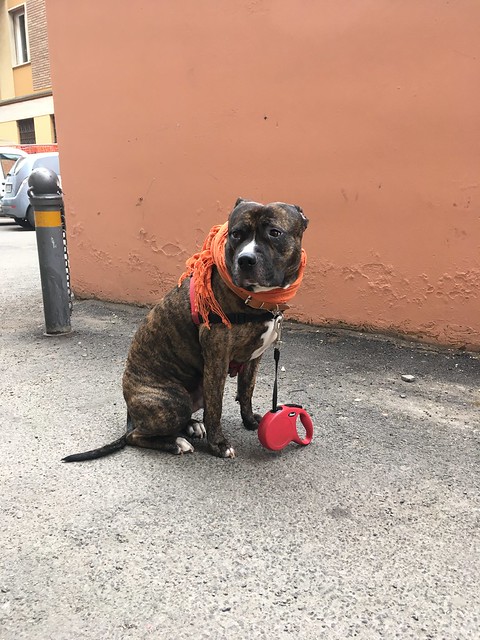 Yes, Charlie has still been sporting his orange scarf, though today is a fair bit warmer than it’s been. He’s sitting in front of a wall that used to be filled with a beautiful mural, but someone was opposed to it from the start and I don’t know if they won or there had been an agreement that it would only last a certain amount of time, but it was painted over about a month ago. Now it’s a plain wall with boring tags on it. Sure, this is MUCH better. *rolls eyes* 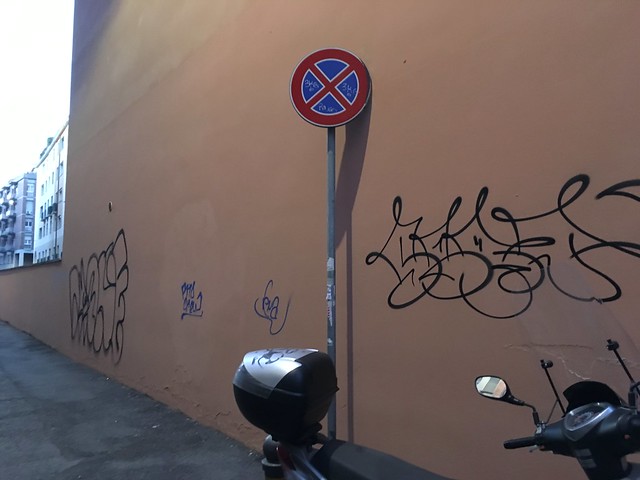 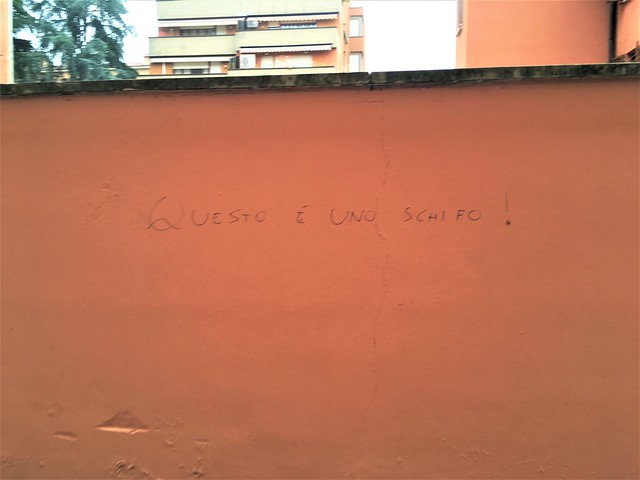 Oh well, at least I’ve found out about another artist to distract me from the loss of the mural. I’ve seen this sticker around a few times recently and managed to get a shot of it. The artist is Kiki Skipi. Look her up on Instagram and other social media. Very cool stuff! 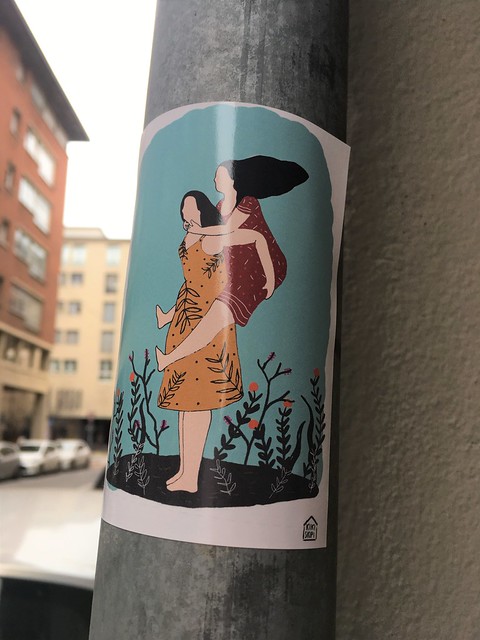 Finally, did you know black cats can be delivered in boxes? Handy that they come with their own box. Lola’s been hanging out in two of the boxes we’ve received recently. Eventually I’ll get around to wrapping one in fabric and lining it with fleece. It wouldn’t be the first time. 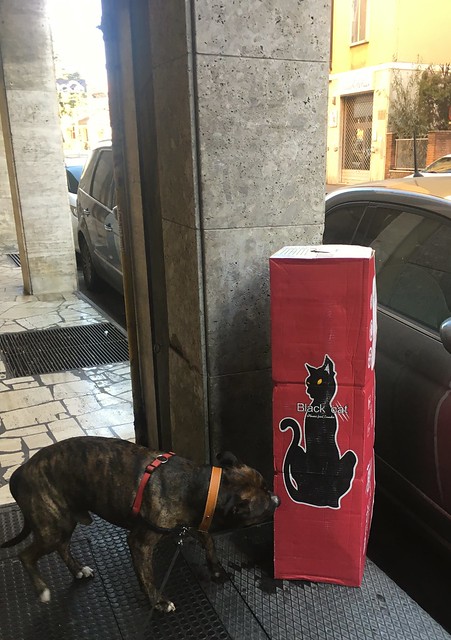