You don’t have to be a student or graduate of Bologna University (oldest continually operating university in the West) to be familiar with a few of the graduation traditions. You can’t help but come across them — and hear them — on a somewhat regular basis.

For one thing, they’re not like in the US, at least, with one set graduation day; it’s basically whenever you finish and can be more individual, rather than en masse, though multiple students may graduate on any given day.

But the one thing that seems to be consistent is the wearing of the laurel wreath crown once you’ve graduated. It makes sense as you’re receiving your laurea, your degree. 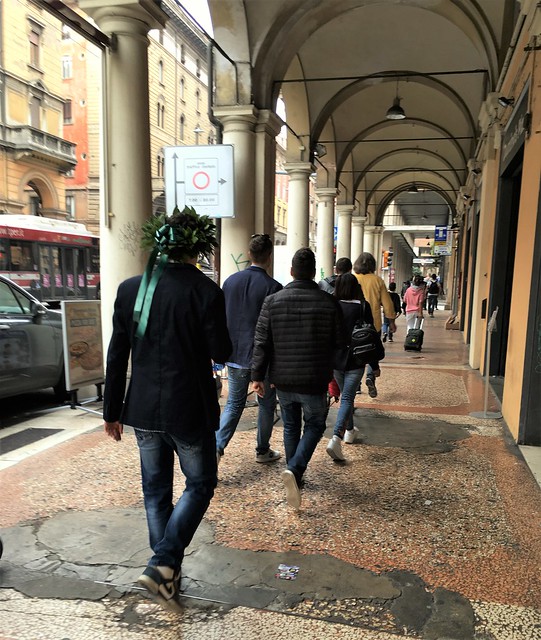 Being a university city, florists sell them all over town, and you’ll see plenty of people wandering around wearing their laurel wreath on their big day. They’re usually part of a large group of family and friends and there’s often some teasing and typically lots of drinking and more. For example, the other day, I passed a multi-generation graduation party being led by a Tom of Finland type, while further back in the crowd were some of the older women with their hands full of wine bottles, some empty already. I was tempted to try to tag along!

I didn’t get a photo of that group, unfortunately, but earlier in the day, I’d snagged a couple of quick shots of another graduate in his laurel crown. I think he may have been WhatsApping or something, perhaps on his way to meet up with others. Regardless, auguri to all who manage it! 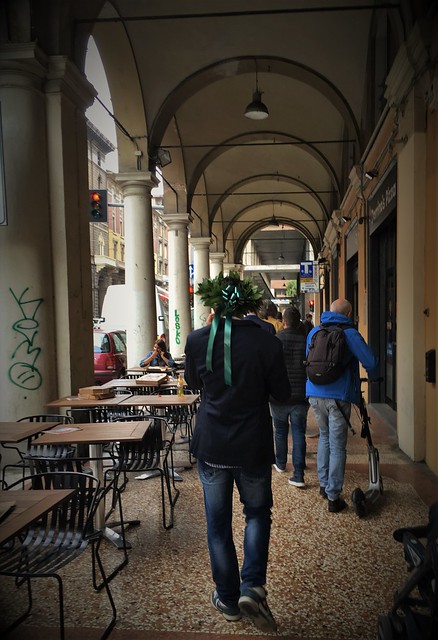