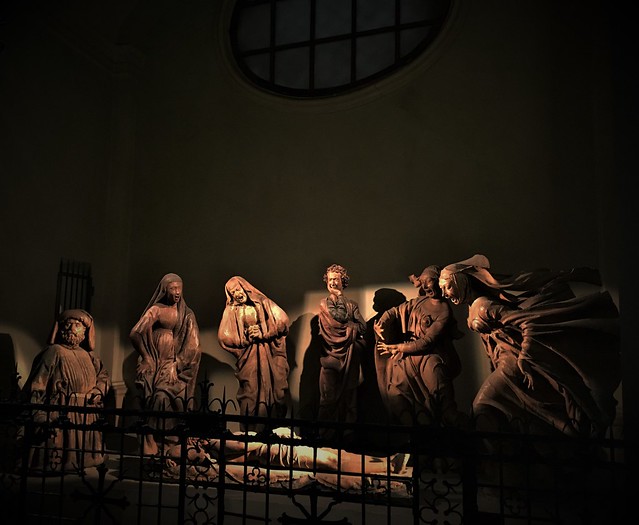 Niccolò dell’Arca is the perfect example of the joys of trying to nail down even the most basic of details of early Renaissance artists. As in, no joy, because no one can decide on anything, from where he’s from to where he worked to when he completed certain works. Is he from Apuglia or Bari? Did he spend time in Dalmatia or were some of his ancestors from Dalmatia? Wherever he was born, it was probably some time between 1435 and 1440. And then there are all the names he went by: Niccolò da Ragusa, Niccolò da Bari and Niccolò d’Antonio d’Apulia. Niccolò dell’Arca comes from his work on the Arca di San Domenico, a tomb of the saint in a church dedicated to him here in Bologna.

So rather than go into his inspirations and where he maybe worked (he did do a lot of work here in Bologna), I’ll just write a bit about his masterpiece, Compianto sul Cristo Morto (Mourning over the Dead Christ). I’d mention the dates, but even those seem to be in question, ranging from 1460 to 1490. *sigh*

What isn’t in doubt is that the group of life-size figures are all made of terracotta with traces of polychrome on some of the figures. From left to right is Joseph of Arimathea, Maria di Giuseppe or Salome (mother of John the Evangelist), the Madonna, St. John the Apostle, Mary of Cleophas, and Mary Magdalene. In the center lies the body of the dead Christ around which all of the figures are captured in their own demonstrations of mourning and grief.

It’s a powerful tableau. The exact original arrangement of the figures is unknown, but as they stand now in a chapel in the Santa Maria della Vita here in Bologna, you move from the quiet desperation of Joseph of Arimathea, who seems to pull the viewer into the scene by looking out at those looking in, to the horror of Mary Magdalene, her clothing swirling behind her as she seems to rush in, her grief propelling her forward. She was the primary figure of the group that we studied in my art history classes and I always hoped to see her in person. She more than lived up to my expectations. 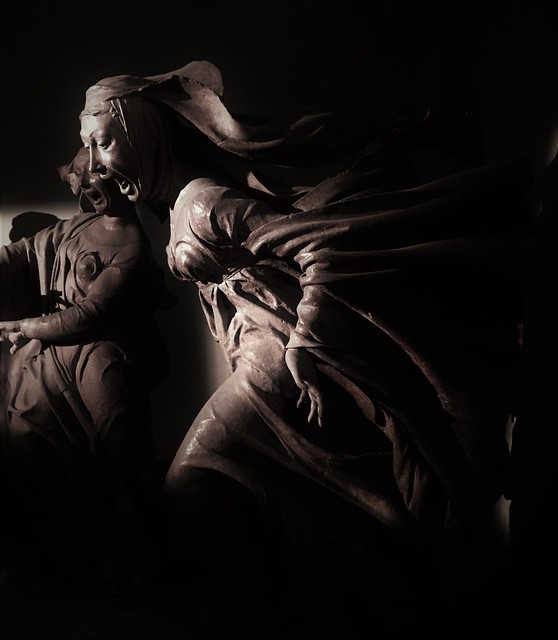 Santa Maria della Vita is located on Via Clavature, just steps from Piazza Maggiore and across from Libreria Nanni. The church itself is a Baroque beauty, which is free to visit. A ticket (purchased there in the church) is needed to view the dell’Arca figures, but the few euros that it costs is worth it. Religious or not, it’s hard not to be moved by the emotions so vividly expressed. 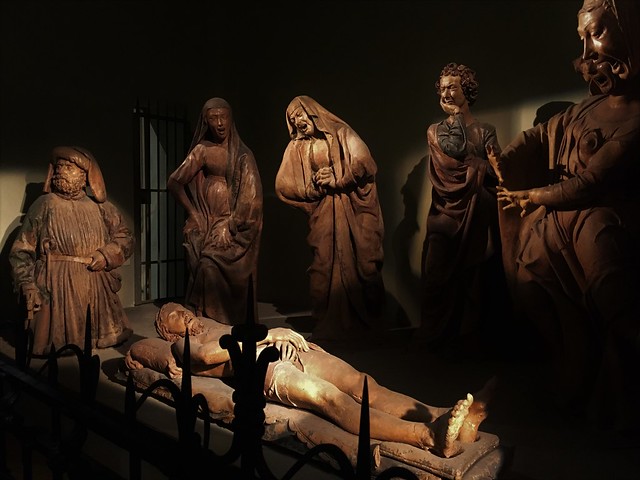 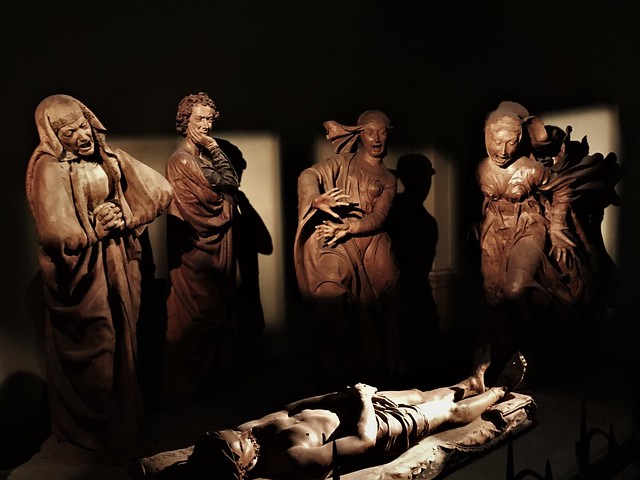 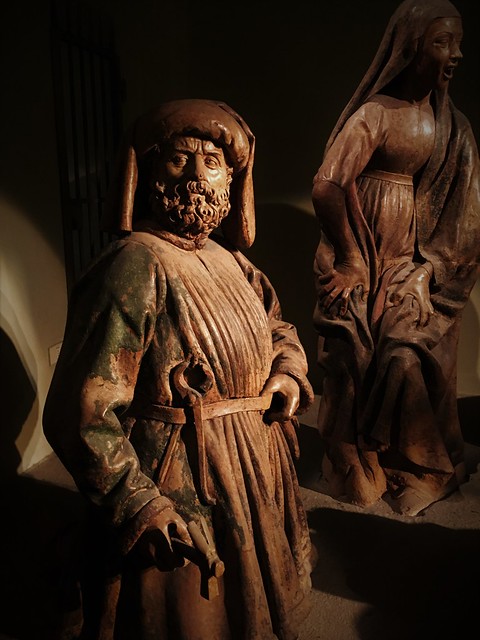 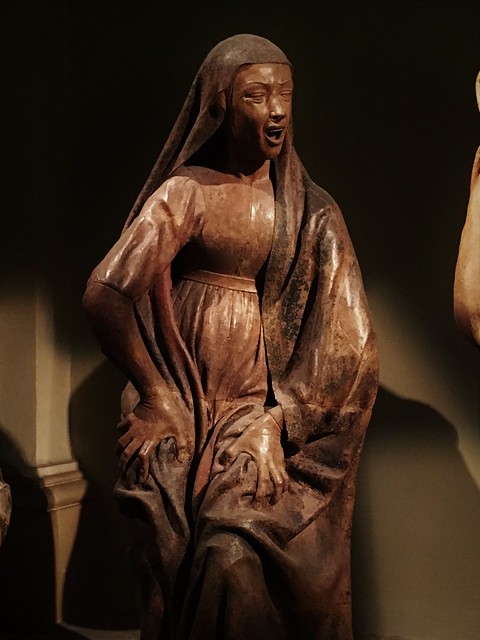 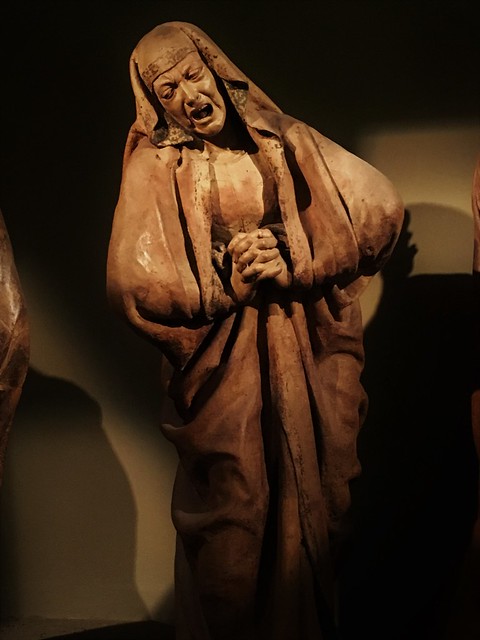 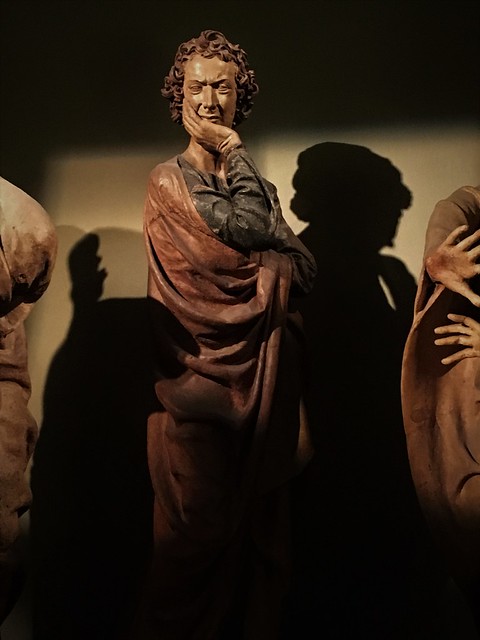 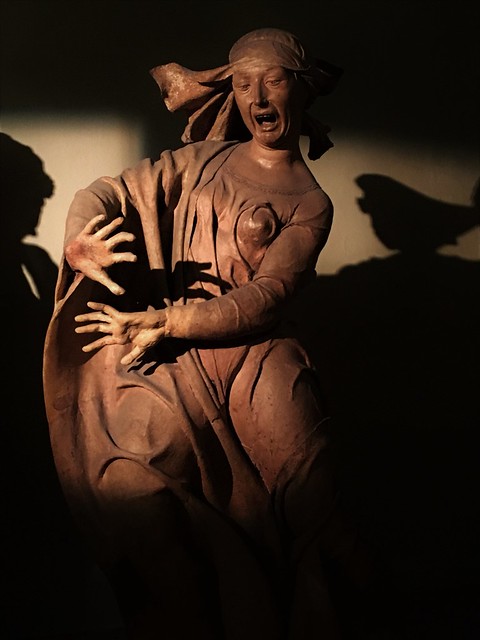 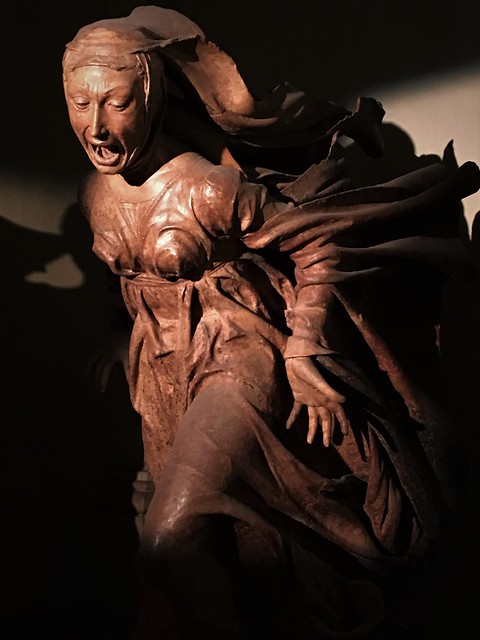 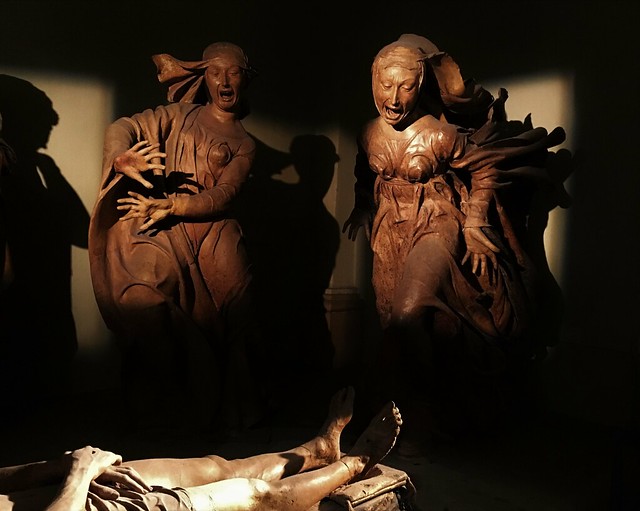 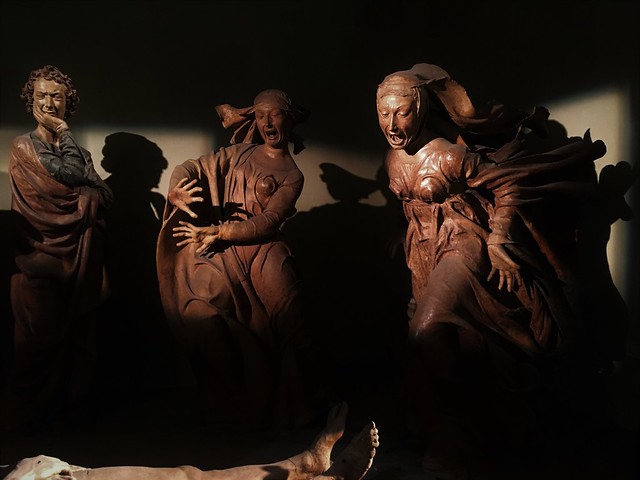