I know I’ve written about Bologna’s canals before, although maybe not as much as I thought I had. But we do have them, even if not in the same quantity as in the Netherlands. Or at least not visible. There are still plenty of them beneath the city; they used to be much more visible but have been built over through the years.

While some are very obvious as you pass them, some views aren’t quite so obvious. However, tourists and locals in the know seem to know about the little window that looks out onto one of the canals. I remember the day I went to try to get some photos, Charlie and I had to wait for ages to get a shot, thanks to all of the other tourists. 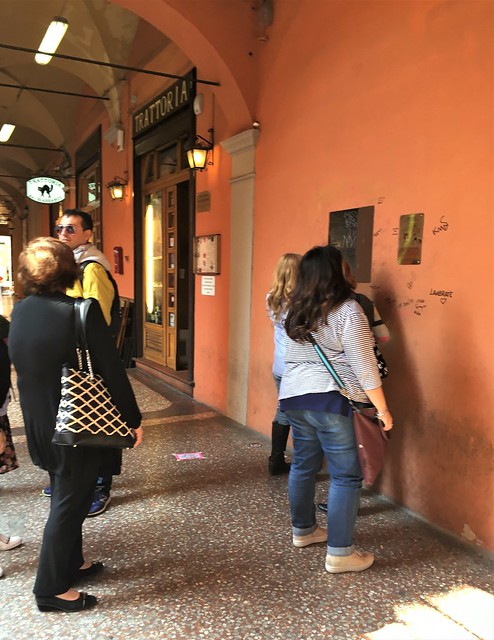 In fact, I think we eventually gave up and went for a coffee and a wander around town and then returned on our way back and finally had some time to take a few photos before the crowds returned. Still, it’s definitely one of those things to see in Bologna. It’s charming and a little odd and if there isn’t a lineup of people trying to get a view, it’s peaceful. And to be honest, if you want a nice canal view, just go across the street where it’s much more open and pretty spectacular in color and flow. It’s just that the window is kind of fun to see. Regardless of which view you want, head to Via Piella. 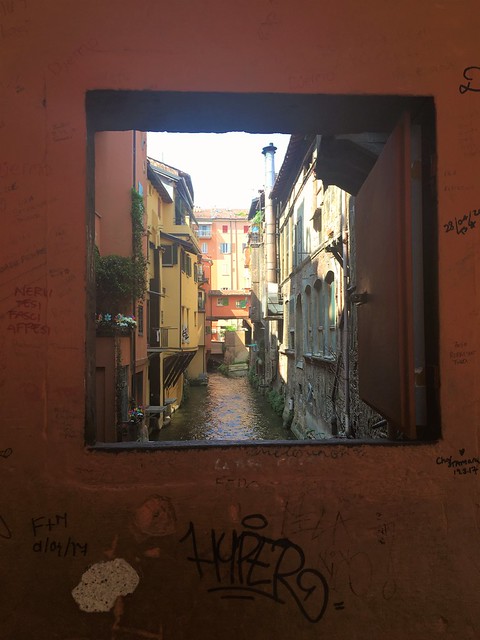 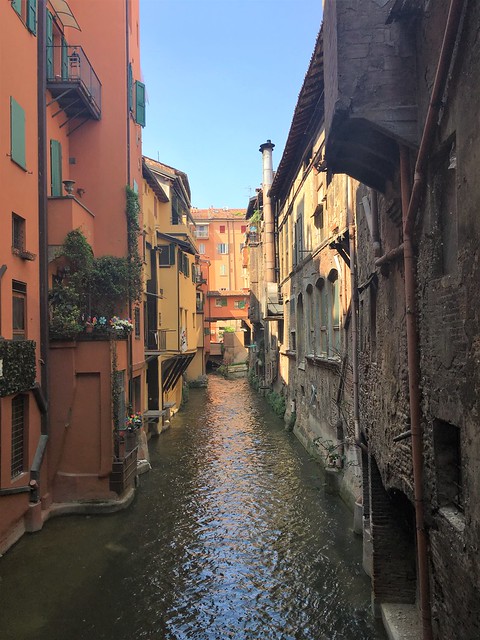 This is another entry for the Weekly Photo Challenge, in which this week’s theme is liquid.

One thought on “Bologna’s Window to the Canal”