When they hear of the Arno River, most visitors to Italy tend to think of the more famous views of the Ponte Vecchio crossing the river. And we all have at least one photo of the bridge.  Mine was taken on an overcast day in October 1998 on a film point-and-shoot camera. Excuse my friend’s hand. 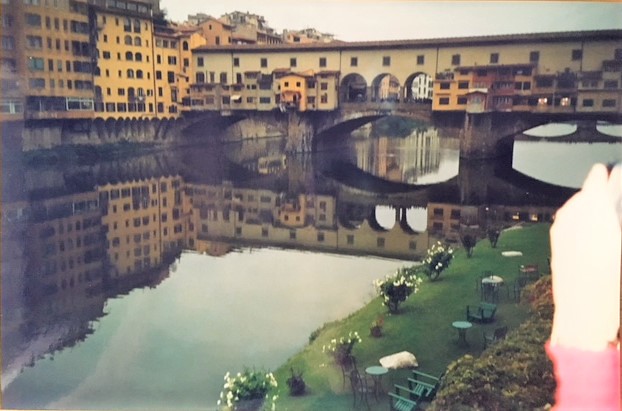 Sometimes you have a photo or two taken actually on the bridge if you can manage to find an open spot amid all of the tourists. That day, I happened to take one looking down to the spot where 20 years later I’d be taking photos looking back up the river. 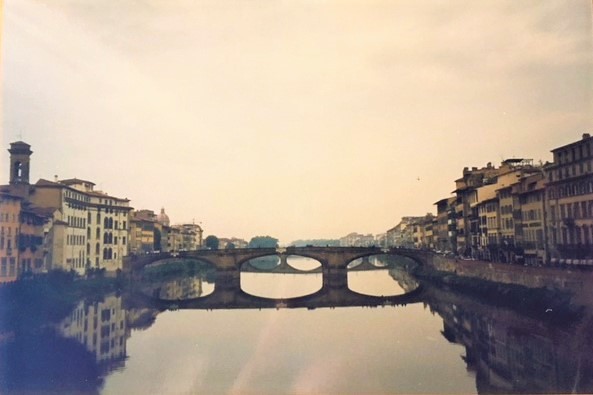 Way in the distance on the right is the US Consulate, which has been the reason for my visits in recent times. However, on the left side, there’s a dome that’s just barely visible in the distance. It seems that in my more recent photos of the Arno, I’ve been looking up the river and probably got that dome, this time slightly closer (and the Ponte Vecchio is very blurry in the distance and not really clear unless you zooooooom in and squint). 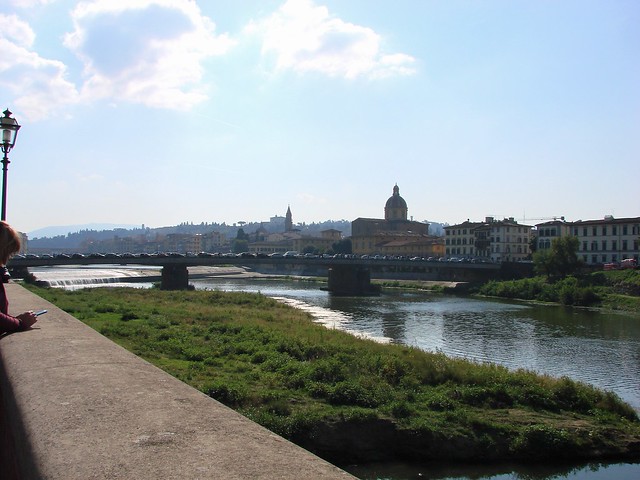 In between, there’s an unexpected water feature that is quite soothing amid all of the traffic on the bridges. 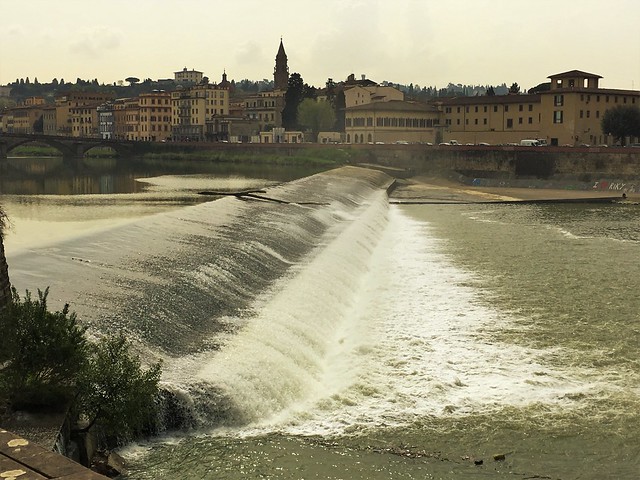 This post worked well for this week’s Weekly Photo Challenge, in which the topic is liquid. If the package that just arrived is the one I’ve been hoping for, them I might be celebrating with some other forms of liquid!