Beware all ye who enter the Palazzo dei Bargellini. Two giants stand before you, guarding the entrance. 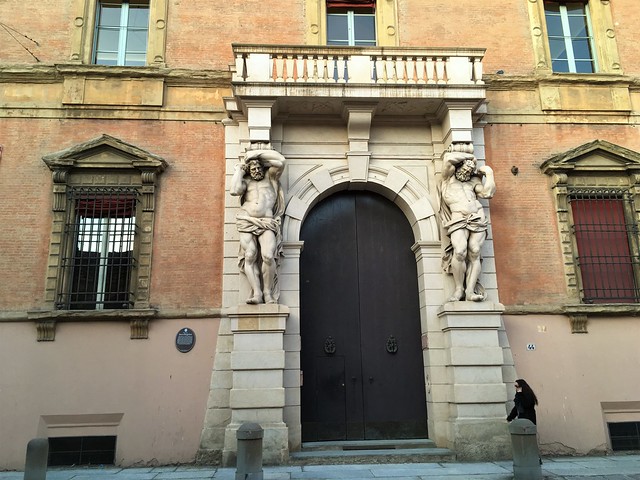 Well, really they’re not so much guarding as having a bit of a pose-off. But they are huge! 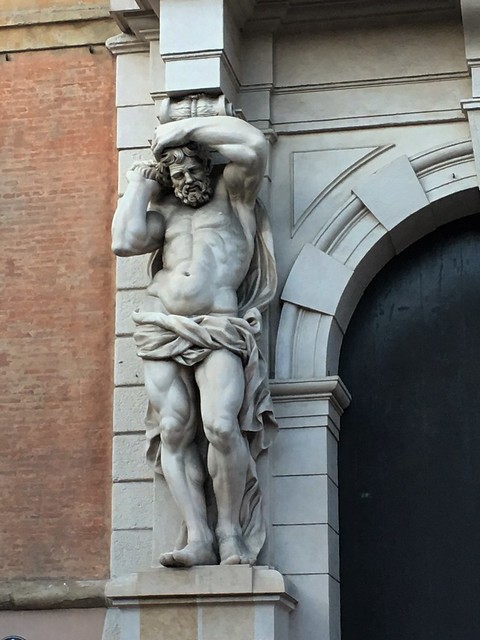 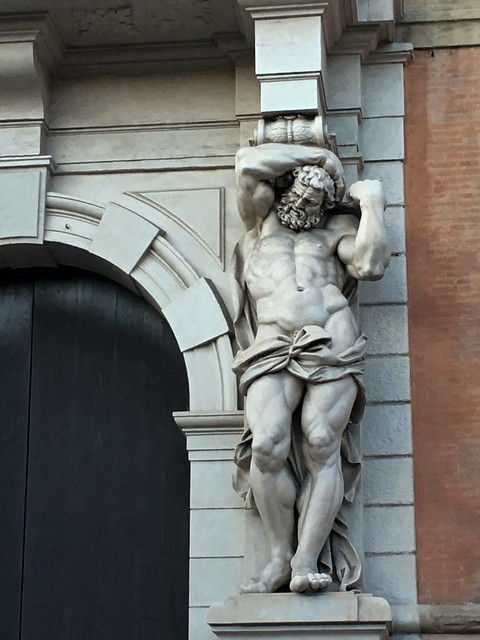 Obviously, these two figures stand out and when I saw a photo of them earlier this year, I knew I had to see them for myself. However, they became yet another destination bookmarked and then forgotten. Until I went to Santa Maria dei Servi on my birthday (last month) to see the Cimabue painting there. As we got to the corner with the church right in front of us, I looked to my left and lo and behold, there were the two giants! Serendipity! I found them without even trying! Two sights for one! Happy birthday to me! 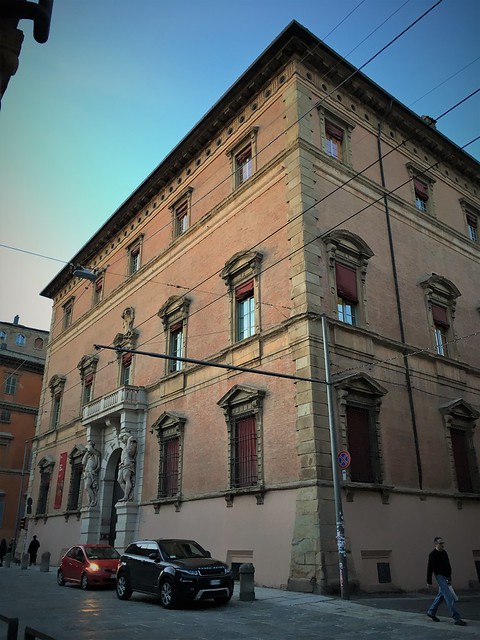 Anyway, as we’d left the trip to Santa Maria dei Servi kind of late, taking advantage of their late opening hours, we didn’t get to go into the Palazzo dei Bargellini, which is home to the Museo Civico d’Arte Industriale e Quadreria Davia Bargellini. Quite a mouthful, isn’t it! Essentially, it’s a museum that combines an example of Bolognese historic art collecting (Quadreria Davia Bargellini) with a museum of works of applied or industrial art. It’s a broad collection of wrought-iron works, chasubles, a carriage, sculptures, and more. The museum is free and I definitely feel a need to go back and visit soon.

As for the Palazzo dei Bargellini itself, construction began in 1638, with the original plans designed by the architect Bartolomeo Provaglia. Bolognese sculptors Gabriele Brunelli and Francesco Agnesini worked together on the façade (1658), which is pretty grand, and it seems there’s an impressive staircase inside, as well, designed by another architect. When the Bargellini line died out, the palazzo was purchased by some members of the Davia family. They maintained it until 1874. It became the museum in 1924. 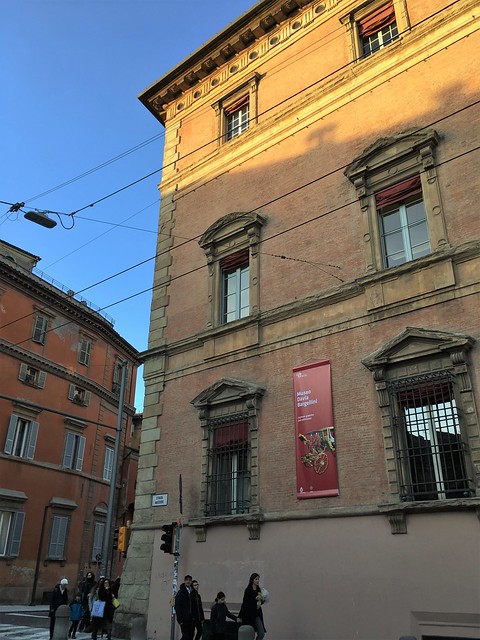 It sounds like an interesting collection of art and ephemera over the past nearly 400 years, and entrance is free, so if you’re looking for something a bit different to do in Bologna, this definitely seems like something to put on your list. It’s going on mine. But behave yourself! You never know when those giants may put their foot down. 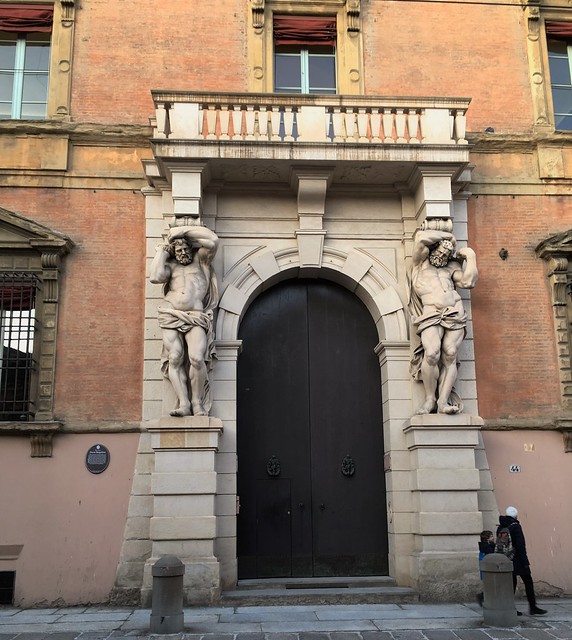