Charlie and I went on another nearly three-hour walk this morning. We started off with a stop at Piazza di Nettuno, where someone was encouraging him to jump over a chain barrier. I had to explain that Charlie speaks Dutch and then gave him the command, at which point he did jump. Brave hondje!

Then there was a leisurely walk to Piazza Minghetti where a flower market has been taking place all weekend. I’ll probably post more photos here tomorrow, but you can see some on my Instagram account. Once again, Charlie got lots of love and pets and compliments. Che bello! È meraviglioso! He also got to exchange some sniffs with a lovely boxer dog among others.

Then we stopped at a tiny park nearby and enjoyed some more greenery. And since we were just a short walk away, we headed back to Basilica di San Domenico. It’s quickly becoming one of my favorite little spots in the city — and I haven’t even gone inside yet! They let children in, so they should let dogs. Charlie’s probably better behaved than some of the children we saw running around outside with the parents trying to wrangle them. Oh well, another time …

Instead, we headed to the side of the church, which is one of the areas I particularly like, especially for this particular curved bit of architecture. Also, check out the massive rosary on the statue of the Madonna! And, hey! Birds in flight! 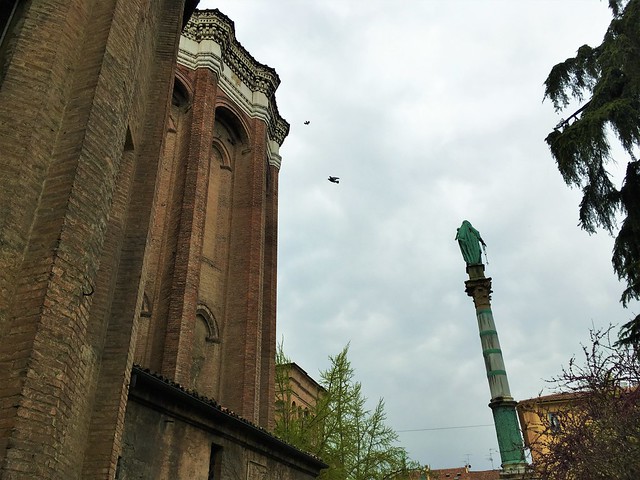 If you keep going back, there are some raised bits of ground and then there’s almost an amphitheatre of sorts. As it turned out, there was a group of musicians setting up and they seemed to be preparing to film. They were fairly quiet, but I liked what I heard. They even had someone playing the saw! I should have asked who they were, but sadly I didn’t. I did get a bit of video of them performing. And no, it’s not Charlie barking in the background. Though I do love the look on his face when he catches me filming him! 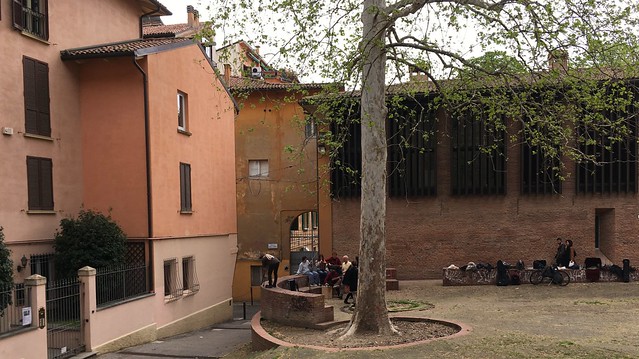 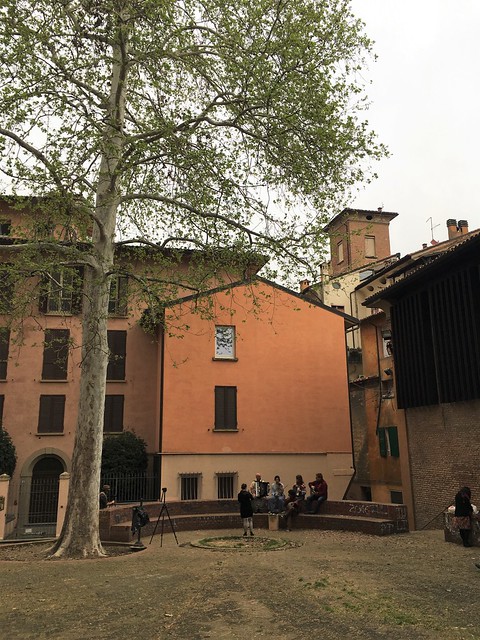 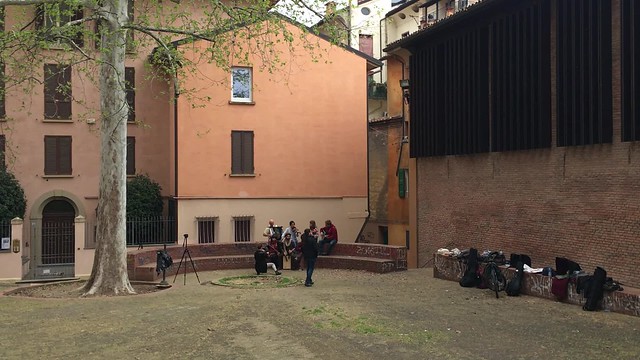 After that, he sniffed another dog in the area, got to wrestle with another dog on Via Rizzoli, had a couple stop and basically get down on the ground in order to give him love and compliments, and eventually we made it home, where he decided he had more energy to burn and wanted to dance with me. We’re both worn out now, but it was a good outing. I hope everyone else had a nice weekend!