While there are parks and green spaces in and certainly surrounding Bologna — we can see the green hills outside the city center from our terrace — there’s not that much greenery among most of the streets and some of the piazzas. In Utrecht, we had the canal that ringed the old city center, which provided lots of green areas around the city. Plus, the lamp posts always had large pots of flowers starting in the spring. And there were the occasional trees here and there. Sometimes it’s just nice to see a bit of natural green amid all of the pinks, oranges, yellows and the many other colors of Bologna.

Over the past few weeks, particularly on the drizzly days when we don’t go to one of the parks, Charlie has been dragging me on our morning walks to the nearby pet store. I think he’d only been once, but he knew the way without any hesitation. Since I rarely have money on me when we go out in the morning, he’s been pretty disappointed, so I’ve tried to make it up to him by going in new directions than we usually go. That has meant a walk along some of the old city walls that used to ring (and protect) the city center. 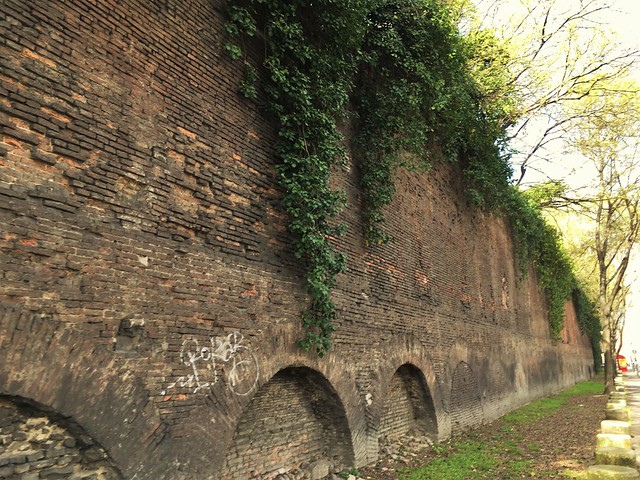 These walls date back to around 1300, which may seem old to some, but that’s borderline recent in my mind (joys of studying art from the 1400s). These are the walls from when the city needed to expand. There were older walls from earlier times when the city was a bit smaller. There are also still remains of city gates that served as the few entrances and exits. Some of the inner streets are arranged like radials or spokes on a wheel, as the walls formed a ring around the city.

On our walk today, we went down to one of the gates and then turned on Via Irnerio, one of the big streets in the city. It’s a fantastic street, really, because at one end it’s the more typical Bologna view with fancy buildings and constant portici until you get to a park and piazza. Yet on the part where we turned onto it, it’s almost like another city. In fact, it reminded me a little bit of Uptown New Orleans and my alma mater, Tulane, with the tree-lined streets and some of the academic buildings with different architectural details and decorative gates and walls. 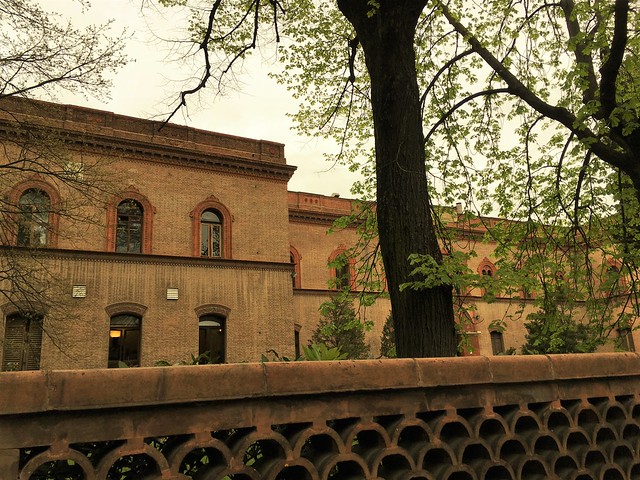 It wasn’t quite as humid as New Orleans, though it wasn’t far off, thanks to all of the rain we’ve been having. Still, it was a nice walk amid the trees and other greenery, as well as seeing students coming and going. I need to remember to walk that part more often when I get a yearning for a mix of urban and nature. 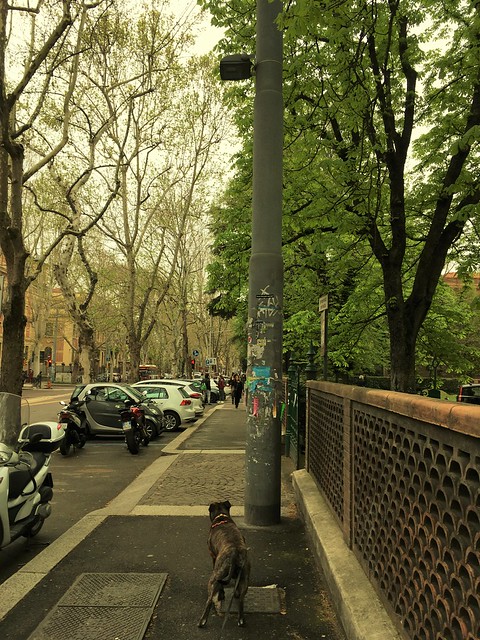