I told you yesterday a little about Santa Maria dei Servi, a church — well, a minor basilica, as of 1954 — here in Bologna. I focused on the outside, particularly the colonnaded courtyard, which is pretty spectacular if you have a thing for columns and arches as I do. Seriously, the harmonious undulation of arches and spandrels takes me to my happy place.

Today I thought I’d post some of the photos of the interior. As I said, it was built in the 1300s in the Italian Gothic style (lots of pointed arches) with a nave (the main center aisle), a narrower aisle on each side, a curved apse at the eastern end, and it’s in the Latin cross shape with a transept crossing the nave and aisles, like the arms of a cross. However, in this case, the transept does not extend further than the aisles, so it’s somewhat truncated. There is groin rib vaulting forming the ceiling along the nave and aisles, and rich, red, thick marble columns that alternate between circular and octagonal. The bases and capitals of the columns are in a contrasting light stone. 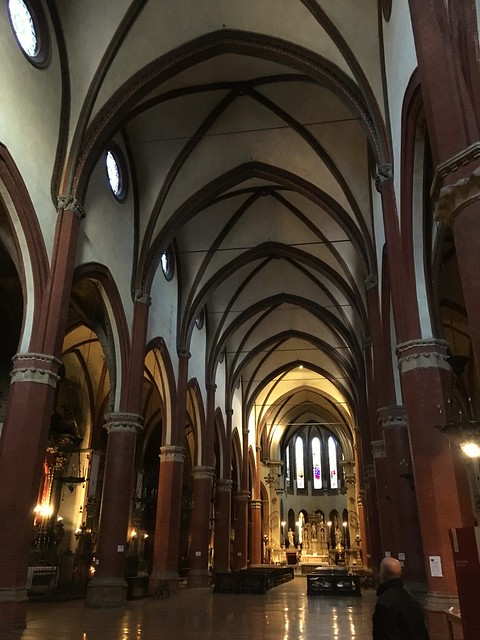 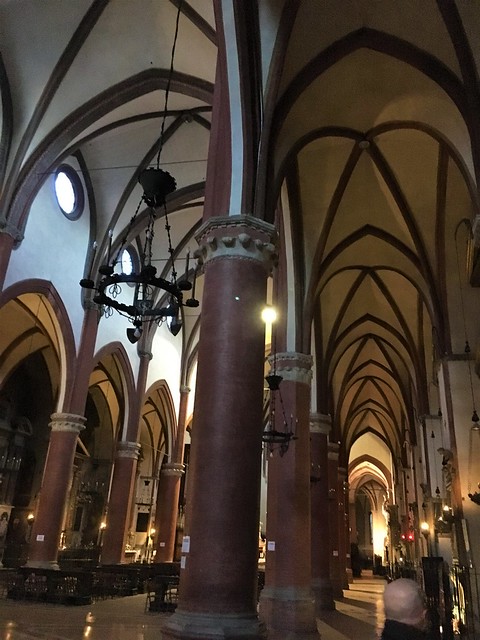 There are eight chapels on each side, along with additional chapels in the apse. That’s where the Enthroned Madonna of Cimabue is located. That’s going to be saved for another post, as this one is pretty photo heavy already. I’ll save Cimabue and two other paintings that stood out to me for another time. 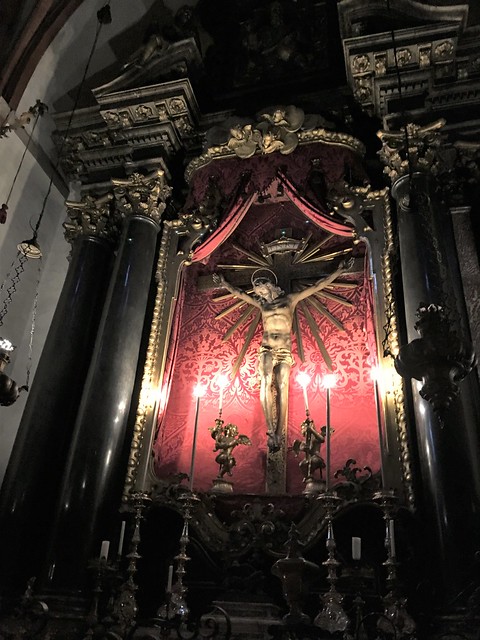 It is a fairly dark church, as is quite typical, to be honest. However, it seems even darker as much of the artwork has become quite dark over time and could stand some basic cleaning restoration. Still, there are some interesting pieces in the side chapels, as well as some fresco remains on the walls and ceiling of the church. 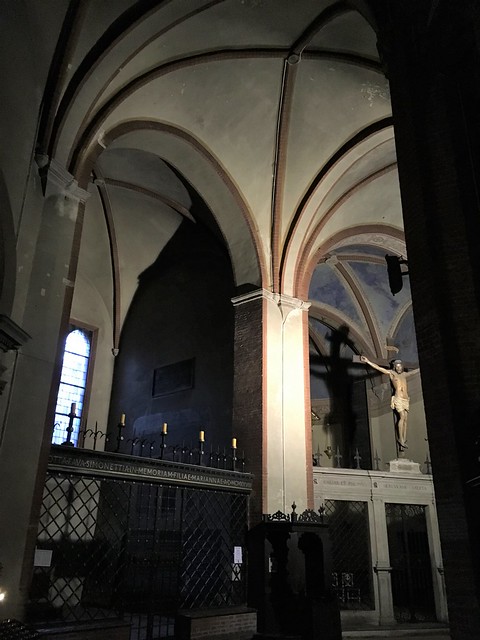 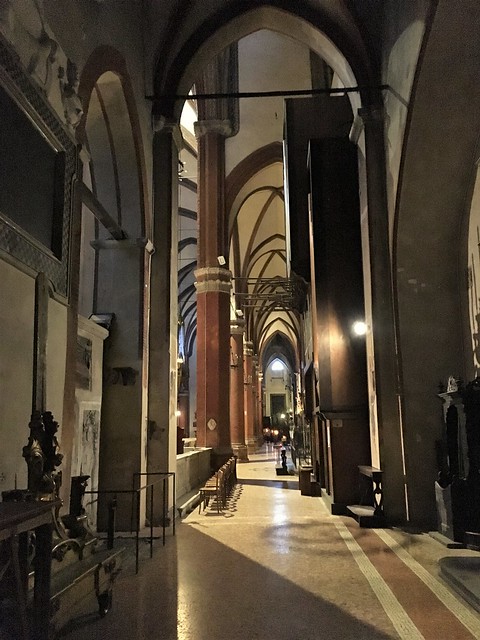 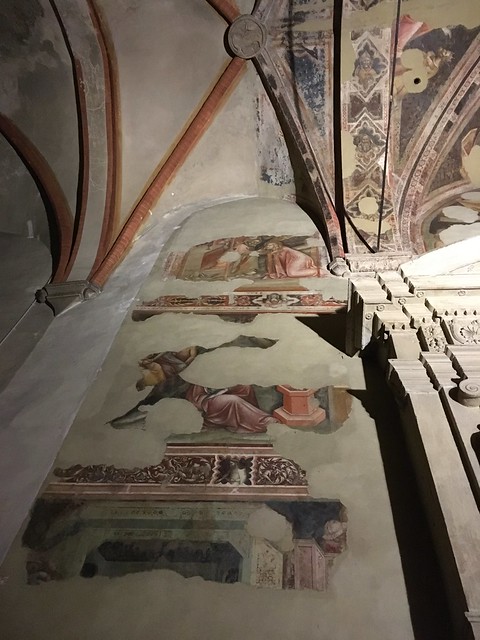 Most visitors to Bologna are likely to want to see the church for the exterior courtyard, but it is worth taking a quick look inside, even if religious art isn’t your thing. There are some curiosities that range from interesting to downright creepy. 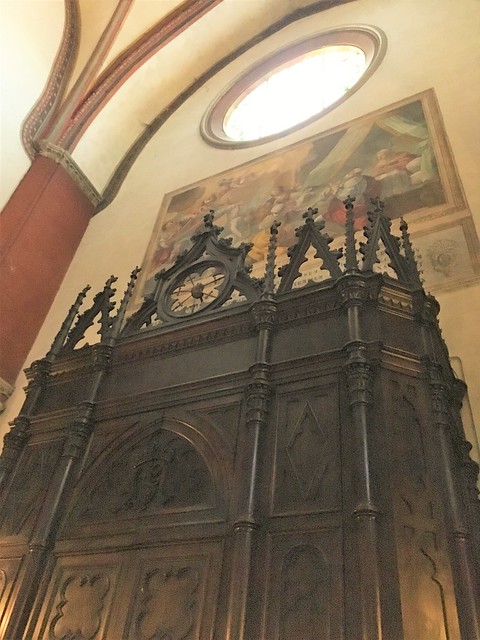 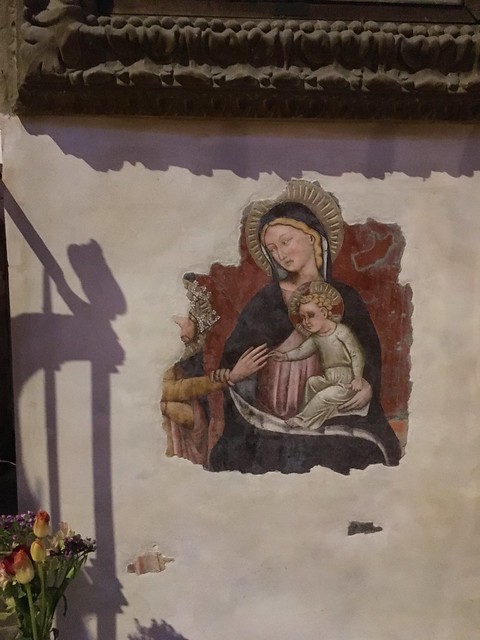 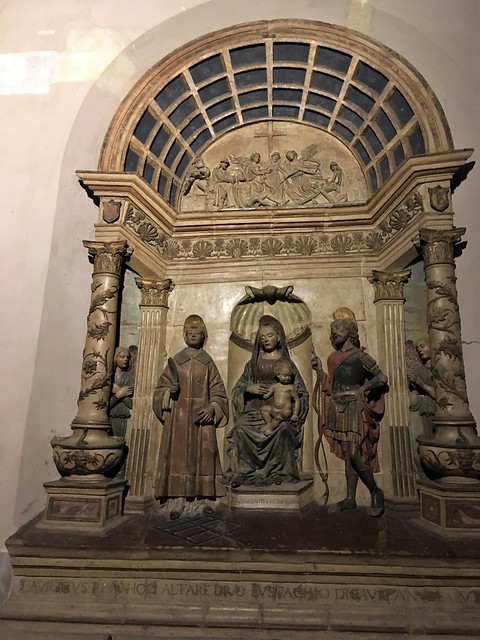 And now some of the creepier bits… 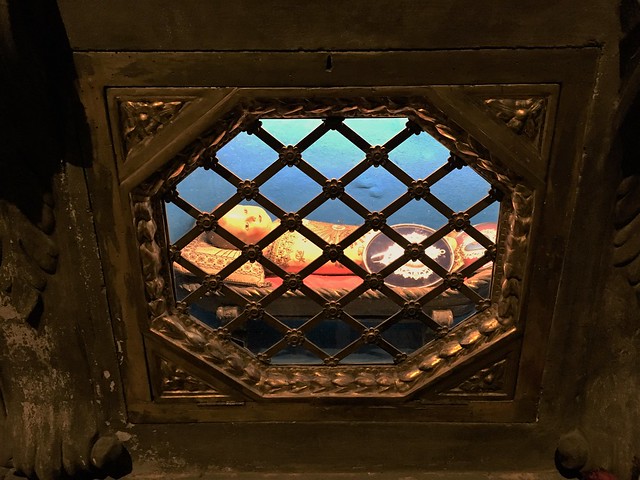 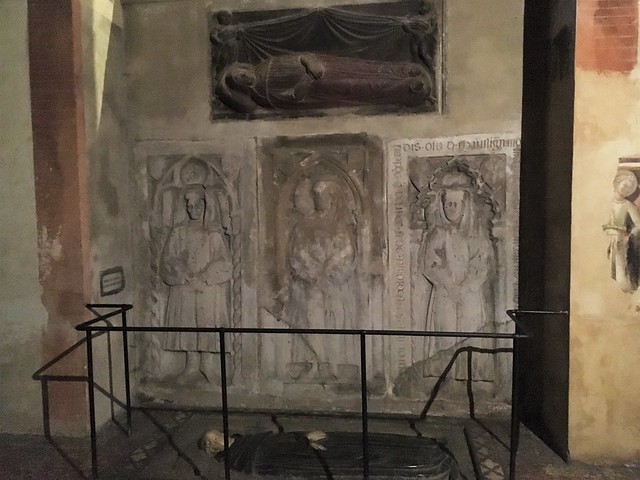 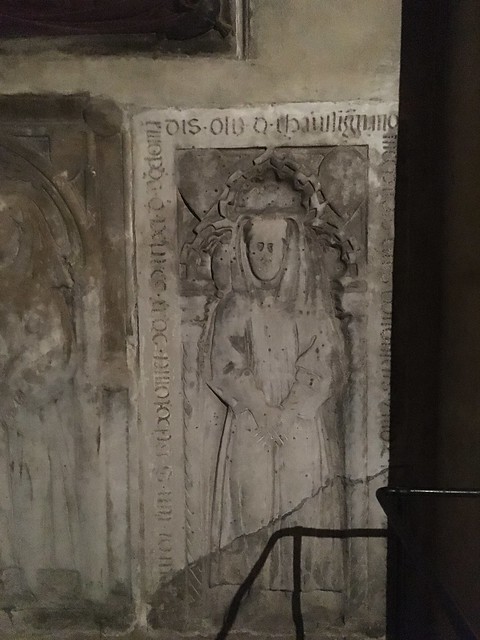