There’s a lot of random graffiti in Bologna, but there’s also some street art. In addition, the shutters that are used over the entrances to shops and restaurants when they’re closed are the perfect canvas. In the case of the shutters, the business usually invites an artist to create an eye-catching image. There are some fantastic works of art, some of which I’ve posted about before.

Sometimes, as happened last month, there’s an organized event with both local and foreign artists coming together to paint walls, shutters, and whatever else is available. Other times, you happen to catch a lone artist working early in the morning so the paint has time to dry before the shop opens. Regardless, I love seeing the variety of images and styles throughout the city. If you’re in town and taking an early walk before things really open, not only do you have the city to yourself, but you’ve got a great chance to see some of the fantastic artwork and you may just catch an artist or two at work.

All of that said, this might be my favorite bit of street art.

Here are a few random other shots of street artists at work in Bologna. 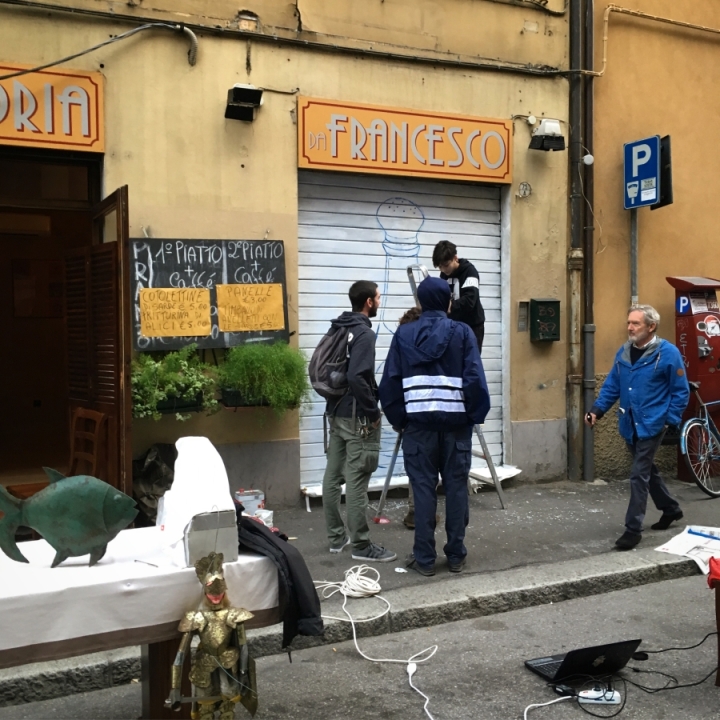