November 11 is the Feast of St. Martin of Tours. He was a Roman soldier who was baptized as an adult and went on to become a monk after having a dream. There are churches all over the place dedicated to him and it’s usually easy to tell by some of the imagery in or on the church. He’s best known for coming across a beggar in a snowstorm and cutting his military cloak in half to share with the poor man. That night, he dreamt that Jesus was wearing the cloak and singing Martin’s praises to the angels for clothing him. It’s the depiction of Martin sitting upon his horse, cutting his cloak, that is the most common depiction.

I’m not religious, but when you get an art history degree, especially if you focus on the Renaissance, you learn a LOT about various saints and their depictions. See a woman with a wheel (like a spinning wheel or even a ship’s captain’s steering wheel) and you’re most likely looking at St. Catherine. A woman with a pair of eyes on a tray? St. Lucy. A man tied up with a bunch of arrows in him? St. Stephen.

However, it wasn’t from my degree that I learned about St. Martin. It was from living in Utrecht, Netherlands. St. Martin (Sint Maarten) is the patron saint of Utrecht. He’s generally pretty popular in the Netherlands, and tonight, children are likely to go around door to door with little lanterns, singing songs about the saint, and hoping for some candy. Sort of the Dutch version of Halloween. Utrecht has also been hosting a special evening parade in recent years, usually the week before.

The cathedral in Utrecht is dedicated to St. Martin and even though most of the interior decoration was destroyed during the Reformation, there is a depiction of St. Martin above one of the doors leading into the cloistered courtyard next to the church. 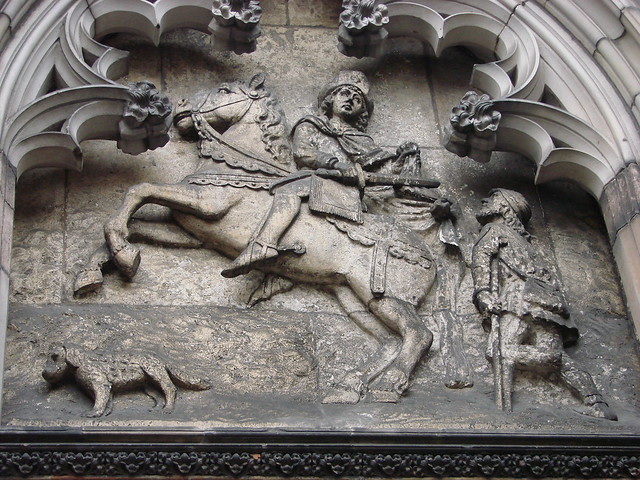 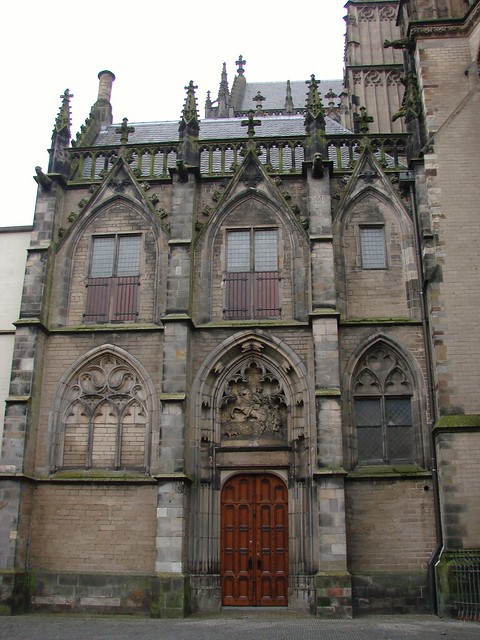 From a quick Google search, it looks like Sicily might be more likely to celebrate today, rather than in other parts of Italy. But I could be wrong. However, you’ll still find the saint popping up in other cities in Italy. Bologna, in fact, has a church dedicated to the saint. It’s one that I find myself passing on a regular basis, even when I don’t mean to. I like to think that the cathedral in Utrecht became a bit of a homing location for me, because I could never resist stopping by the square where it’s located, so maybe my internal compass is currently tuned to St. Martin churches.

We passed the church in Bologna today, and as it’s St. Martin’s Day, I couldn’t resist taking a photo of the sculpture above one of the side doors of the church.

While I was in Florence at the Palazzo Strozzi, I was lucky enough to see a Bernini sculpture of St. Martin and the beggar. Carved around 1598, it really is stunning and I was thrilled to finally see a Bernini in person. *fans self* I long to see more of his sculptures, many of which are in Rome. Must plan that trip! Kudos to the museum, which lit the piece — and much of the other work in the Cinquecento exhibit — so beautifully.

I find it fascinating to see the different-yet-similar depictions of the story, even from country to country. Bernini’s is stunning, but Utrecht gets points for the inclusion of a little dog.