Today certainly started off as a Good Friday, in the sense that I got to go out with Charlie for a three-hour walk around town. Admittedly, I hadn’t planned on it being a three-hour walk, but the weather was nice and we were having fun, so we just kept walking. Well, we did stop for a coffee in Piazza Maggiore and enjoyed a bit of people and dog watching, too.

Along the way, we found ourselves strolling down Via Indipendenza, one of the major shopping streets. It’s also home to the city’s cathedral. Despite what you may think, the Basilica di San Petronio in Piazza Maggiore is not the cathedral. It’s certainly a big church, but it’s not the cathedral. I’ll save the semantics for another day. I took so many photos today that until G just reminded me, I had forgotten I had one of the cathedral (the building on the right) juxtaposed against some curvy Art Deco architecture. 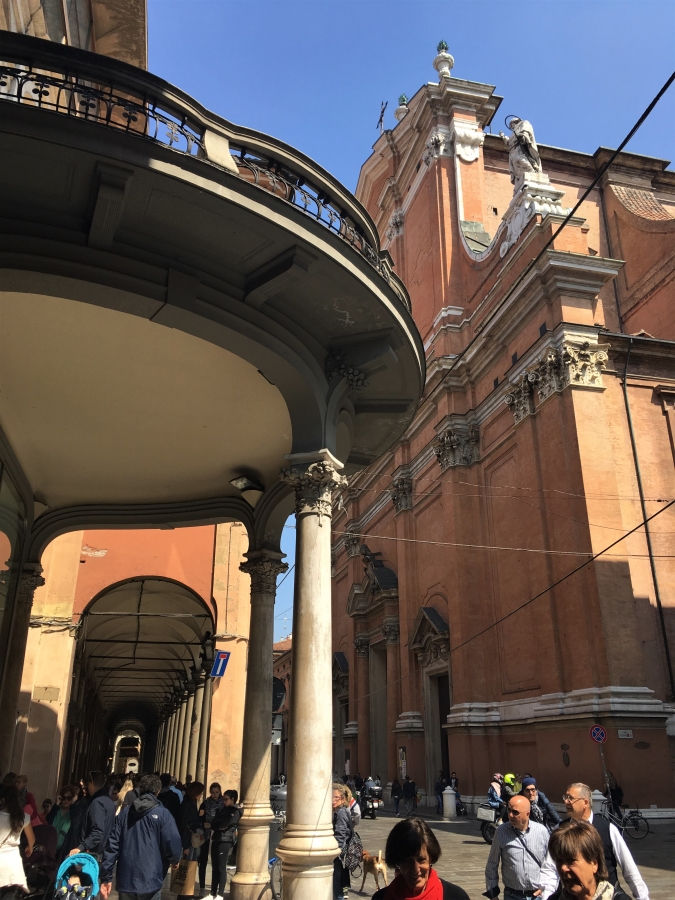 Anyway, as we were walking along Via Indipendenza, we passed under the portico of the Palazzo del Monte di Pietà. This building, which dates back to the 1470s, was originally the residence of the cannons of the cathedral and was connected to the cathedral. However, I think since the 1500s, it has frequently had some sort of banking/loan history and is still the seat of a banking institution.

The pietà element of the name of the palazzo can be seen in the sculpture over the doorway. I suppose it’s appropriate for today, seeing as it’s Good Friday, the day Jesus is supposed to have died on the cross. This depicts more of a deposition with Nicodemus having taken Christ down from the cross, with Mary and two angels looking on. 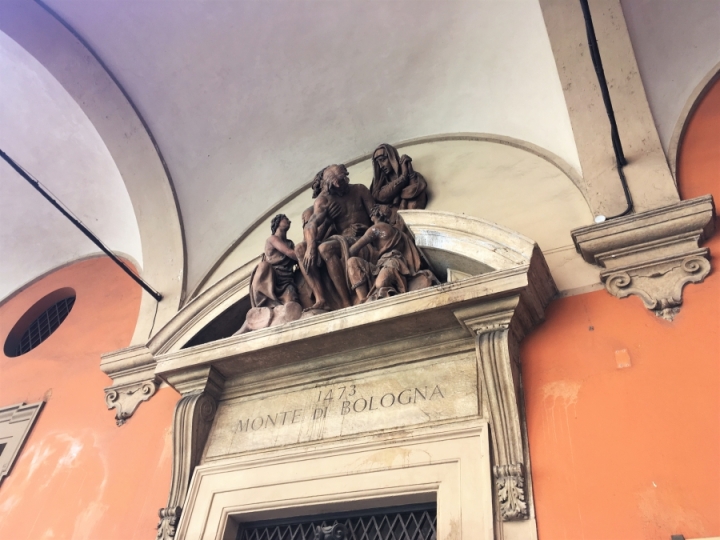 (For what it’s worth, I’m not Catholic; I’m not even religious. But you can pick up a surprising amount of information when you focus on the art and architecture of the Italian Renaissance at university. I’m drawn to this kind of stuff for that reason.)

So, whether you’re celebrating Easter, Passover, or hopefully at least a long weekend, enjoy yourselves! I hope you’re having a good Friday, too.