Not all fountains are freestanding. La Fontana Vecchia (The Old Fountain) is built into the side of one of the walls of the Palazzo D’Accursio on Via Ugo Bassi. This is no simple fountain, though. In fact, it’s incredibly grand and impressive in its own rights, even though it was built originally more for the lower/working classes so that they wouldn’t befoul the water in the nearby Neptune Fountain washing their vegetables and who knows what else.

Cardinal Carlo Borromeo commissioned La Fontana Vecchia in 1563, with Tommaso Palermo Laureti chosen to create the fountain. The marble fountain was completed in 1565. A Sicilian painter, architect, and sculptor, Laureti worked and studied extensively in Bologna. However, having spent some time in Rome, the influence of Michelangelo worked its way into his artwork. As well as designing the Fontana Vecchia, Laureti’s drawings served as the foundation for the base and its figures of the Neptune Fountain, though the rest of the fountain was created by Giambologna. More about him and the Neptune Fountain in another post.

Plaques and bas-relief sculptures cover the fountain, including family coats of arms and the Papal crown and keys in the center in honor of Pope Pius IV. A member of the Medici, his coat of arms is displayed beneath the crown and keys. There are also other symbols displayed on the fountain, such as the word “Libertas”, which represents the city of Bologna. You’ll see the word in a variety of locations throughout the city.

On the weekends, or at least Sunday, Via Ugo Bassi is among the T Zone streets that are closed to traffic, making this the best time to see the fountain. It is tall enough that it can give you a crick in the neck if you stand close to it and look up. The center of the street gives you the best all-encompassing view. For what it’s worth, there’s still water in the fountain and as I stood there trying to get some photographs, I even saw someone dipping their hands in and possibly even splashing their face. I can’t help but love a fountain that is nearly 500 years old and still in use, in one way or another. 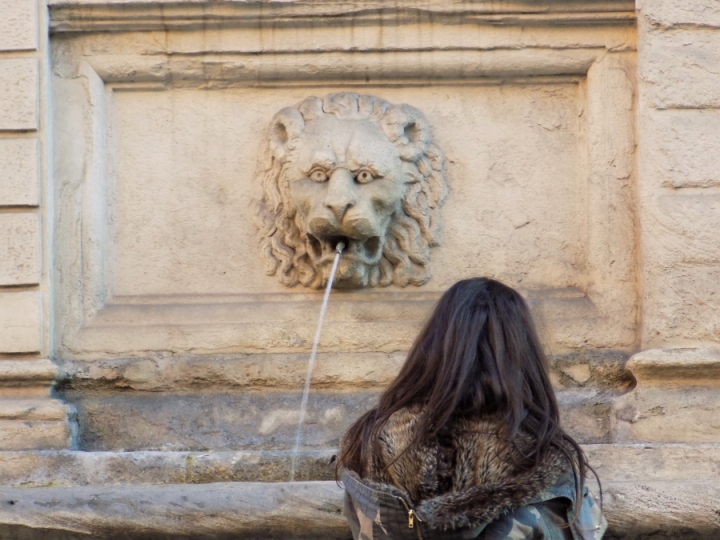 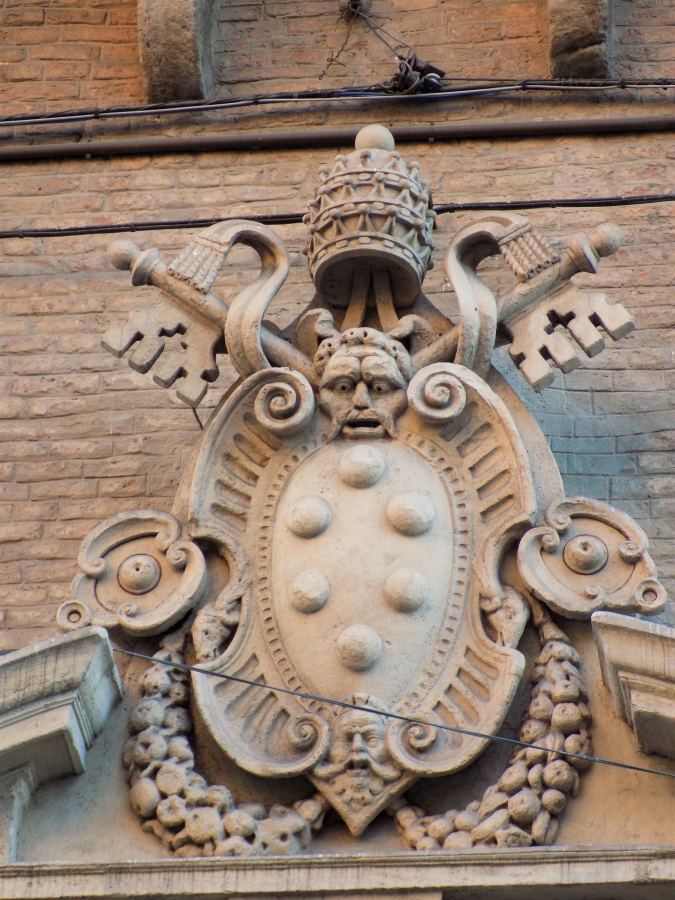