Shopping at The Garage Bologna doesn’t mean buying a new car or car parts. In fact it’s quite the opposite. Yesterday, we went to The Garage, an urban market held at the Dynamo Velostazione. Dynamo is a pretty awesome place on its own, as you can rent and store bicycles or have them repaired and they also organize bike tours. Coming from the Netherlands, it feels natural and familiar. But really, Dynamo is so much more, as it regularly features music, exhibits, performances, has its own lounge area, bar, and free wifi, all in a setting that seems to combine classical with industrial. With bonus bicycles for decoration, of course. 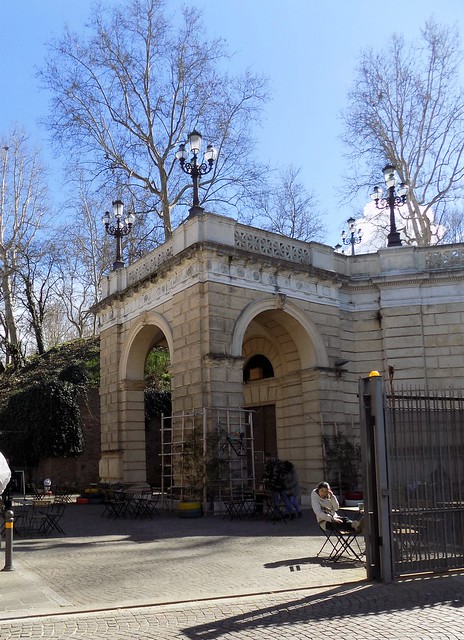 From what I’ve seen, it looks like yesterday’s edition of The Garage was a one-year celebration. They held the first edition there a year ago today. Inside the fabulous arches, you’ll find all sorts of items on offer, frequently made by the vendor, although there were also some interesting selections of postcards, books, and vintage clothing.

Of the self-made items, some of the pieces that caught my eye were the jewelry made from colored pencils (and their shavings!)  by IngeniumSoul S&V and the beautiful engraved jewelry from Lab.ab. In fact, I was so taken with Lab.ab’s work that I bought one of her rings. G ended up buying a quirky hat from another vendor. Oh, and I also bought an elephant postcard, because I have a thing for elephants these days. It turns out the elephant print was actually a Marimekko print. I should have known. I also seem to gravitate toward all sorts of Marimekko items.

After admiring everything on offer and chatting briefly with one of the Dynamo guys, we decided to enjoy the Sunday sunshine and got a couple of glasses of prosecco from the Velo Cíty Bar and sat outside, admiring some of la scalinata del Pincio (Pincio staircase) and the old walls of the Castelli di Galliera.

If you’re going to be visiting in early April and are looking for things to do in Bologna, check out the next edition of The Garage at the same location on Sunday, April 2. I suspect I’ll be back. That colored-pencil jewelry is calling my name.