In Utrecht, I was lucky enough to have a small park one street over from our house. It bordered a stretch of the ring canal that circles the old city center. Depending on the time I took Charlie out first thing in the morning, we could sometimes have the park to ourselves. Occasionally we’d run into other dog owners and sometimes the dogs would get to run about and play. However, for all of the green area around Utrecht and the number of parks and parklike areas, there was an absence of closed off dog parks.

Here in Bologna, we go to Parco della Montagnola, and while it’s not one street over, it’s not that much further. And this park has an enclosed area specifically for dogs. Charlie’s already made friends (and the occasional nemesis).

However, while Charlie prefers the eastern side of the park, my favorite spot is the western edge and the beautiful lamps and view. This is a quick snap I took this morning before Charlie decided there were more things to sniff further along the path. 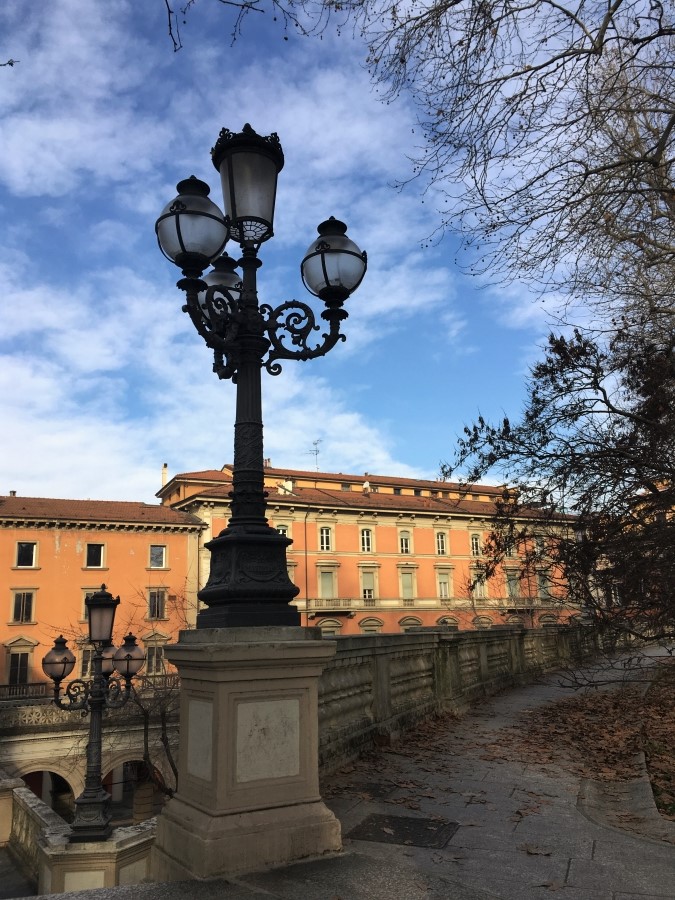 I’ve been busy constructing Ikea furniture for the past two days, as well as writing an article about Paulus Potter’s The Young Bull, so I’m afraid you’ll have to wait for more photos and information about Parco della Montagnola. I’ll leave you with the fact that it is the oldest park in Bologna and first opened to the public back in 1664. When you have to go somewhere every day (thanks, Charlie!), I can think of worse places to go!