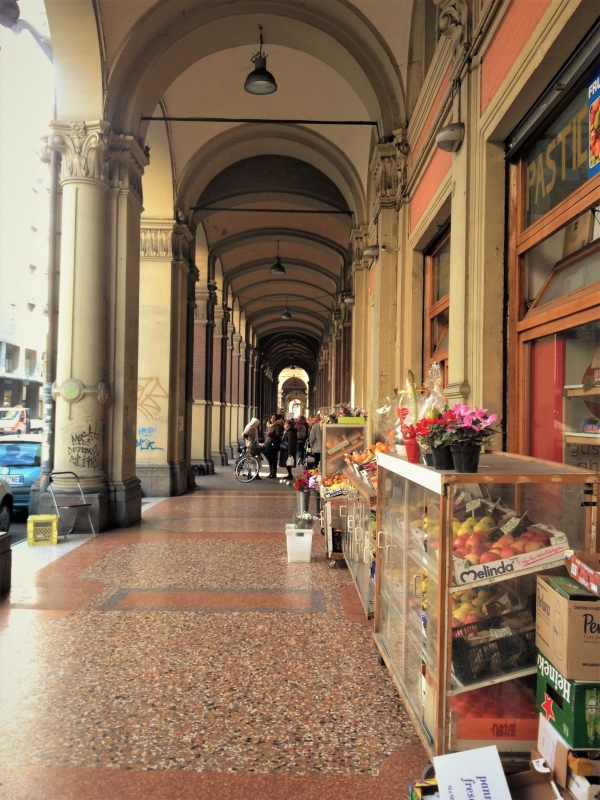 Think of Domenica Details as an occasional Sunday blog category where I take a quick look at a particular detail of something. In this case, I wanted to point out something about the porticoes of Bologna that I mentioned in my last post. As I said, they are a major feature of Bologna and they come in all shapes, sizes, and styles. From one building to the next, you can see major or minor changes. For example, in this case, you can see the change in style of the columns, from the ornate Corinthian column in the front, to the multi-colored square columns further on. The shapes of the arches change, as well, from high, round arches to more squared-off arches.

And yes, you’ll see all kinds of floors, as well, including some highly decorative ones, but I’ll save those for another day.

One thought on “Domenica Details: Porticoes of Bologna”